Enrico was born in Dobbiaco (Bolzano), where he spent a happy childhood amidst nature and peasant culture, on December 20, 1928. He passed away in 2017. Due to political events, which have been mentioned elsewhere in these pages, his family moved to Como in 1940, where his father re-opened his factory, the Unda Radio, which he had founded in Dobbiaco in 1925.

Enrico attended middle and high school in Como majoring in science, then the Politecnico in Milan where he graduated in May 1954, with a degree in electro-technical engineering (the electronics faculty did not exist in those days). He was hired immediately, first in the testing, then in the project department, by Fernseh G.m.b.H., a leading German Company in the television broadcast field headquartered in Darmstadt. Here he experiences “full immersion” in video technologies and the transition from electronic tubes to transistors (integrated circuits will be developed later).

Back in Italy at the end of 1958, and after a few years of diversified experiences, Enrico became the project manager at INELCO (Industria Elettronica Comense), another company founded by his father in 1958, which produced parts for television, and subsequently also instruments for professional video, such as measuring instruments, monitors, television cameras and the like. For this reason, and because at Inelco  several former Unda Radio employees were employed, he considers it the first reincarnation of Unda. Those were pioneer days, where many new stimuli and ideas coming from everywhere were translated into concrete instruments, which were produced in great quantities but not yet on an industrial scale. The electronic TV pattern generators in particular were exported worldwide.

In 1985, from a “rib” of Inelco, the INELCO ELETTRONICA PROFESSIONALE was born, which he considers the second Unda reincarnation! This Company dealt exclusively with professional products. Among these were big video surveillance systems installed in Italy and abroad. RAI (Radio Televisione Italiana) for instance, ordered hundreds of Inelco’s monitors for their Studios. Production of monitors for information display for Olivetti and IBM, among others, began on an industrial scale. Instruments for medical diagnostics were also studied.

As third reincarnation of Unda, IVITEC was born, which continued operating in the video and monitor fields, by now in colour and with increasing resolution for special market niches. Finally, as fourth and last reincarnation, in 1995 IVITEC merged into EICO (Elettronica Industriale Comense), which became an important leader in various video sectors: video surveillance, data displays, automotive systems (on vehicles, the underground, railways, etc.), and the medical and military fields. Most of these apparatus are equipped with an “intelligence” provided by microprocessors and personalized software to satisfy the needs of individual customers.

In EICO there was and still is someone who began his professional career at a very early age in UNDA RADIO. Enrico was part of all the transitions from Inelco to EICO, initially as project manager, and then as consultant. 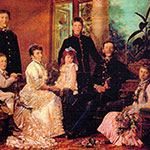 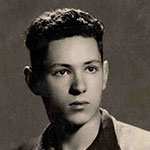 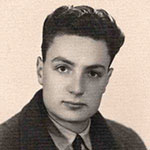 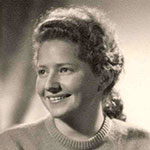