by Theo Mohwinckel – Translated by Nicolò Rubini and Lisa Glauber.

The company Th. Mohwinckel was founded by Theodore Mohwinckel. Upon his arrival in Italy, he was the sales agent for the German company Traun Brothers, which produced vulcanite articles. But in 1882 he decided to start his own sales agency, the Th. Mohwinckel company. Initially his main client was the New York Hamburger Gummiwarenfabrik, a company located in Hamburg, Germany. Subsequently Theodore expanded to include manufacturers of products made of celluloid, which was the new material on the market. A few years later, having noticed the commercial success of celluloid products, the company started experimenting with this new material and specialized in the production of toys, especially dolls, toiletries and various technical items. At the height of this activity, the company had as many as 250 employees. Unfortunately, when the First World War broke out, Theodore was forced to leave Italy, while his company was seized by the Government.

In 1919, Theodore returned to Italy where, with courage, determination and the support of the companies he had represented before the war, he started his activity again. He even managed to get his old company back, after lengthy negotiations. Grandfather Theodore started a joint-stock company, in which his sons took part. However, competition from Japan forced the manufacturing sector to close. Theodore Mohwinckel and his sons Franz (born in 1901) and Theddy (born in 1905) again directed their efforts towards their sales agency.

For clarity, it seems appropriate here to spend a few words on the traditionally recurring name of Theodore in the Mohwinckel family: Theodore is, officially, the founder of the company; also named Theodore was his son, who, to avoid misunderstandings, was called Theddy and I, son of Theddy, am Theodore once more, nicknamed for the same reasons, Theo.

The Th. Mohwinckel company, in its capacity as sales agents, had four distinct business sectors: knick-knacks, plastic items, surgical instruments and radio-communication products. The first two sectors were Franz’s responsibility, while the other two, and therefore also the radio sector, was Theddy’s area of competence. In addition to the commercial activities as sales agency, the company also had a manufacturing activity, and precisely celluloid coatings of furniture used in the health field. This activity however ceased immediately after the Second World War.

We cannot pinpoint the exact date when Th. Mohwinckel became the sole agent with inventory for Unda Radio. However, from the advertisements in trade journals, it appears that initially Unda was represented by “Agenzia Generale” in Milan (Corso Vittorio Emanuele, 22), with branch offices in Naples, Rome and Genoa. In the first months of 1927, March to be precise, in Unda’s advertisements, the following wording began to appear: “Th. Mohwinckel, Milano, Via Fatebenefratelli, 7, Agent for Italy, except for the provinces of Trento and Bolzano.“Only in 1931 the advertisements read: “Th. Mohwinckel Agent for Italy and the Colonies”.

It is appropriate here to mention Luigi Quaglia (Gigi for friends), an employee in the Radio Department at Th. Mowinckel, notable for his diligence and dedication in the performance of his duties.

Gigi was hired by Th. Mohwinckel in 1941, at sixteen years of age as apprentice. His first learning experiences were clerical, such as distributing the mail; he attended trade courses and was then assigned to the Radio Department under the guidance of the office manager, Mr. Geiger. Prior to assuming business responsibilities, Gigi became the sales person for some provinces in Lombardy and Liguria. He contributed to the creation of a nationwide sales network consisting of 13 agencies. In September of 1953, as second in command of the department, he took on the responsibility of developing the television sector.

Unda Radio started its television activity in 1950-1951. Rai (Radio Televisione Italiana) had only one transmitter in Turin; its signal could not be picked up at the factory in Como, so the television technicians were moved to Brunate, a mountain at 750 mt. to complete their reception tests. In 1953, Unda Radio added a new item, refrigerators, to its traditional products, (radios, radio-phonographs and television).

Unda Radio took part in all the trade shows (the general Fiera Campionaria di Milano and all the National Radio Trade Shows) until 1962, with the slogan: “from 1925 always in the forefront”.

Theddy Mohwinckel became a Board of Directors member of ANIE (Associazione Nazionale Industrie Elettriche, established in 1945), and for some years was Vice-President of the organization, while Ing. Anfossi was President, and Mr. Ercolani Secretary. Mr. Ercolani’s secretary married Mr. Quaglia.

Unda Radio (Como) was forced to cease its activity in 1958, and therefore the business relationship between Unda Radio and Th. Mohwinckel also ceased. A new Company, Unda Radio S.p.A. with headquarters in Milan, Via Mercalli 9, was created. It acquired the rights to the trademark “Unda Radio” and to the Th. Mohwinckel inventory, with a distribution agreement of the products manufactured by FIAR from then on.

FIAR, a subsidiary of CGE, manufactured the same chassis as Unda Radio, but they were mounted into cabinets of different designs according to the brand name under which they were sold (Telefunken, CGE and later Unda Radio).

Theddy Mohwinckel became Managing Director of the new Unda Radio S.p.A, aided by Dr. Tettamanti (a former Como Unda employee) in charge of the accounting department, and Mr. Quaglia. The new administration tried to increase sales by giving particular attention to the aesthetic side of the products, aided in this by the architects Saltini and R. Bonetto. In July of 1961, due to the untimely death of Theddy Mohwinckel, CGE’s Ing. Pagni becomes Managing Director of Unda Radio S.p.A.

Unda’s last general catalogue was dedicated to the 1961-1962 production, while the last trade show in which the company participated was the Radio Show of 1962. 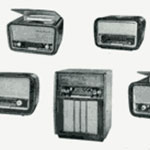 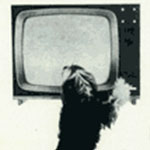